Florida has eliminated the use of the term “custody” and instead uses the term timesharing when referring to a parenting plan.  A parenting plan sets forth the rights and responsibilities of each parent. Additionally, the parenting plan dictates the timesharing schedule. Parenting plans may be negotiated and agreed upon by the parties or ordered by the Court. Careful thought and consideration should be given to this plan since it will govern the schedule between you and your children. While parenting plans may be modified based upon a substantial change in circumstances, you should never assume that you will be able to modify the agreement as a modification must be approved both parties or the Court.

Read More from DeWitt Law Firm: How Does the Florida Court Determine Child Custody or Timesharing

Section 61.13(2)(b) provides: “a parenting plan approved by the court must, at a minimum, describe in adequate detail how the parents will share and be responsible for the daily tasks associated with the upbringing of the child, the time-sharing arrangements that specify the time that the minor child will spend with each parent; a designation of who will be responsible for any and all forms of health care, school-related matters including the address to be used for school-boundary determination and registration, and other activities; and the methods and technologies that the parents will use to communicate with the child.”

The timesharing plan is probably the most debated aspect of the parenting plan as it defines how you will share time with your children. Most parents start with the premise that he or she wants 50/50 custody. However, many judges believe that if you are requesting 50/50, you are doing so selfishly as a parent and not analyzing what is in the best interest of the minor children. Instead the judges want you to propose an actual schedule. Some judges perceive that if you are simply requesting 50/50, you have not analyzed how the timesharing schedule will impact the children. For example, 50/50 custody could be 6 months with Mom and then 6 months with Dad. This schedule would not be in the best interest of most children. Instead, the judges want you to formulate an actual schedule and articulate why that schedule is in the best interest of the children. The best way to do this is to utilize a blank calendar to draw the schedule. There are many ways to divide the time between parents. Parents with older children typically prefer a week on/week off rotating schedule. Parents with younger children typically prefer a 2/3/3/2 rotation, a 3/4/4/3 rotation, or some variation of those. There are also long-distance parenting plans when one parent lives more than 50 miles away, which designates one parent as the parent who will have the children for the school year and allows the long distant parent to have extended time in the summers and a majority of the vacation time.

In the state of Florida, there is no presumption to 50/50 timesharing. However, Florida Statutes prescribes that “it is the public policy of this state that each minor child has frequent and continuing contact with both parents after the parents separate or the marriage of the parties is dissolved and to encourage parents to share the rights and responsibilities, and joys, of childrearing.” In other words, the judge is going to want the children to spend as much time as possible with each parent, unless there is a reason not to do so. The days of the father receiving every other weekend and the mother receiving the majority timesharing are typically over, unless one party has been an absentee parent, has drug or alcohol issues, or there is a documented pattern of abuse. While equal timesharing may not mean 50/50, it will usually be a schedule that is close to it.

It is imperative that the parenting plan describe in detail how the parents will share and be responsible for the daily tasks associated with the upbringing of the child or children. For example, the parenting plan should dictate how exchanges of the children are handled. If your children are school age, you may want to have the exchanges done through school to minimize the contact with the other parent. For example, the parent ending his or her timesharing will drop the children off at school Friday morning and the parenting beginning his or her timesharing will pick the children up from school Friday afternoon, keep the children through the weekend and return them to school Monday morning. This helps reduce the interaction between the parents, which is typically healthier for both the parents and the minor children.

Further Reading from DeWitt Law Firm: When to Seek Professional Help with your Divorce and Custody 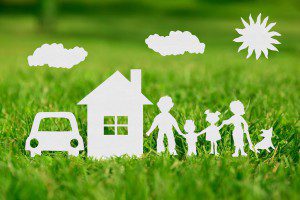 Relocation of Minor Child or Children During Divorce in Orlando 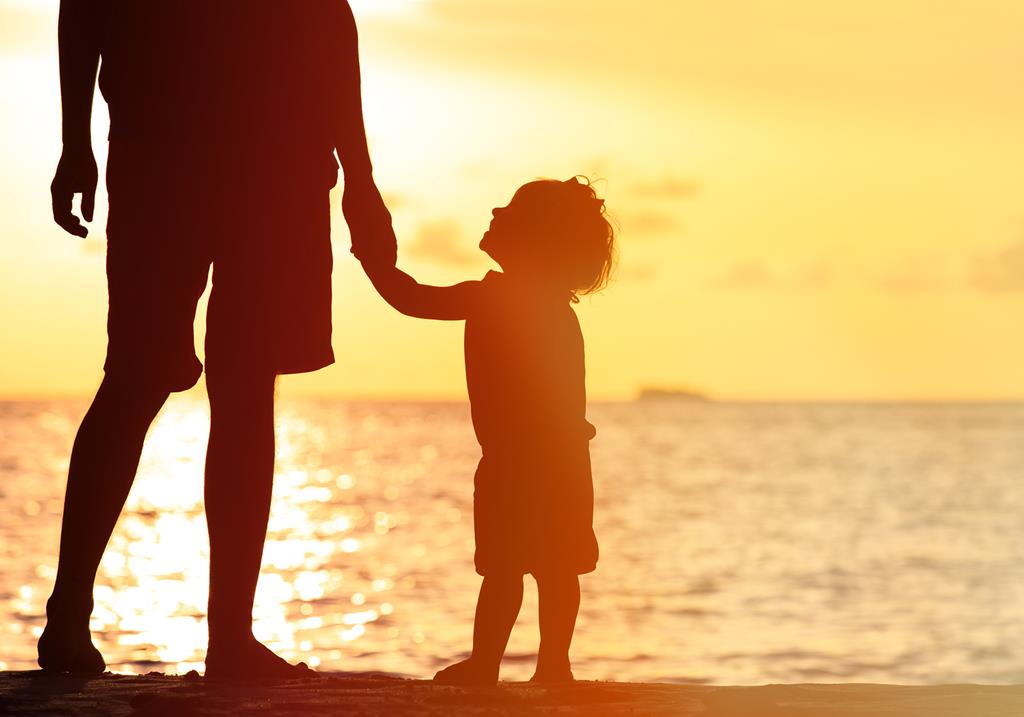 The Common Pitfalls of Petitions for Relocation in Florida 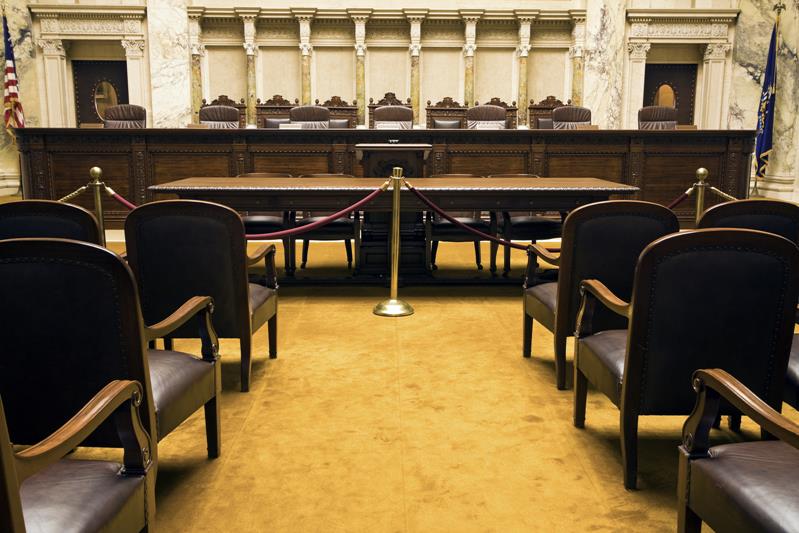 Divorcing When Your Child Has ADHD

How much does it cost to get a divorce?

Nobody can say with certainty how much your divorce will cost. If your divorce is truly uncontested and you and your spouse can agree to everything in a marital settlement agreement without a lot of negotiating back and forth, the attorney’s fees will range from 1500 to 1700 dollars, plus costs, which usually amount to about $500. If your divorce is contested, the total cost of the divorce will depend on the number of contested issues and the intensity with which they are litigated. Going to trial can be very expensive. If a family owned business is involved, for example, that business may need to be valued by a financial professional. The cost of that valuation can be substantial. If children’s issues are involved, a Guardian Ad Litem (GAL) may be appointed to investigate the best interests of the children and to make time-sharing and other recommendations to the court. GAL’s are usually paid hourly and can be costly depending on the extent of the conflict between the parties and the unresolved legal issues.

If you would like to discuss your particular situation with us, we can give you a much better idea of what the costs are likely to be for you.

How long does it take to get a divorce?

If everybody agrees and the divorce is uncontested, it is possible to get divorced fairly quickly. 60 to 90 days is not an unreasonable time-frame provided that the parties exchange the required information and execute the marital settlement agreement in a timely manner.

When divorces are contested, it is a lot more difficult to predict how long they will take. Experts need time to conduct evaluations, information must be exchanged through the discovery process, and in most situations, the parties must complete the mediation process before going to trial. I am sure some of you may be familiar with the movie The War of the Roses. That movie represents the worst divorce scenario where the divorce takes forever and the parties destroy their home and themselves in the process. With proper guidance and support, the horrors of this fictional scenario may be avoided. However, some contested divorces do become ugly and can last a long time. For example, a trial may result in a decision that is appealed by one side. The appeal process significantly lengthens the time to finalize all of the issues in a contested divorce.

The more issues there are between the couple and the more difficult it is for the couple to find common ground, the longer the process is likely to take.

Can I relocate after a divorce?

It is imperative that a parent with a minor or dependent child or children consult with a qualified attorney prior to relocating. In 2006, Florida enacted a new statute that addressed a parent’s relocation with a child. This statute sets forth a specific and technical procedure that must be complied with prior to relocation. Failure to comply with this statute can result in very harsh repercussions, including alterations of the time-sharing/custody arrangement.

The 2009 version of the Florida Statute titled Parental Relocation with a Child defined relocation with a series of criteria. In this particular version of the statute, a move would not be considered relocation if it were not more than 50 miles from the place of residence when the time-sharing/custody schedule was made or last modified, and a stay of less 60 days was generally not considered relocation. It is important to note that this statute has been amended since its 2006 enactment, and it is likely that it will be amended in the future. Even subtle changes can have a large impact, so you should consult with a qualified attorney to ensure that you are aware of the current obligations imposed by the statute. Dewitt Law Firm has handled many of these cases, and we would be honored to assist you with an agreed upon relocation or a contested relocation.

How does the Court determine who should have the children?

When parties cannot agree on time-sharing with the children, the court must decide after hearing evidence and testimony from both sides and others familiar with the relationship of the children to the parents.

The court looks at a variety of factors that are set forth in the Florida Statutes to make this determination. For example, the court looks to the history of the relationship between the children and each parent, how the children relate to each parent, the nature of the bond between parent and child, which parent is more likely to foster a good relationship between the children and the other parent, and which is more likely to share information and to encourage frequent time-sharing with the other.

Sometimes a Guardian Ad Litem (GAL) is appointed by the court to help it make these determinations. The role of a GAL is to investigate the statutory factors and to make a recommendation to the court as to what is in the child(ren)’s best interest.

It is very important that you talk with us about any issues or concerns you have about your children. The actions you take could have an impact on a court’s decision regarding timesharing. Therefore, you should consult with us as soon as you anticipate a divorce or separation.

I have been divorced. Can I have the Final Judgment modified?

In Florida, a final judgment can be modified only if there has been a substantial change in circumstances since the divorce and it is in the child(ren)’s best interest that it be modified. A party seeking to modify the Final Judgment has the burden of proving the existence of both of these factors.

This burden, however, can be overcome under the right circumstances. If you think your situation warrants a change in the Final Judgment, please set an appointment to speak with us about the specifics of your case so we can advise you on this matter.

Do I need an Attorney to Get a Divorce?

No, you do not absolutely need an attorney to get a divorce. It is possible to get a divorce without an attorney. However, we strongly recommend that if you own a house or any real estate, you have a family business, or you have children together, that you not try to represent yourself. There are too many opportunities for things to go wrong in these circumstances.

Many individuals come to us after obtaining divorces without attorneys because situations arise which they did not anticipate at the time of their divorces, the agreements they signed were ambiguous or contained errors, or worse yet, did not accurately reflect their agreement. The help of an attorney familiar with real estate, business and children’s issues could have avoided many of these problems.

Do not trust yourself to deal with the complex legal issues when real estate, businesses or children are involved in your divorce. For those issues, you need a professional.